(@ChuckHollis) for the EMCElect Community group.  By the way, if you didn’t realize he moved, check out his blog post titled: “A Change in Role” .  Matthew Brender (@mjbrender), Brian Carpenter (@InTheDC) and I spent about 45min’s getting the low down on what motivated Chuck to move from an 18 year career at EMC over to an emerging business unit at VMware.  The video play back will be at the bottom of this blog post.  I wanted to take this opportunity to give my 2 cents worth around this new business unit and VMware’s over all strategy to get more into the Storage world.

If anything, VMware is

catching up with application vendors that have been doing this very same thing over the last few years, with great success might I add.  Think of things like Microsoft Exchange 2010 and DAG’s as well as Oracle ASM and even Microsoft’s DFS etc.  While you can certainly run these on shared storage, the conversation around it is not dependent on them being on shared storage.  In other words,  it’s not required to get the benefit for those features.

As someone that has lived and breathed the storage world for the last 14+ years, you can certainly feel the momentum starting to shift towards this emerging, or re-emerging model.

What’s REALLY interesting to me is this concept around business units at VMware.  Specifically, business units with their own sales – marketing and engineering teams like 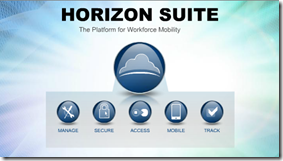 the one Chuck belongs to – or some of the other business units at VMware like the End User Computing and Networking (Nicira) BU’s.  You can get the general idea that VMware is feeling like these are future focuses of the company that needs a dedicated team to help drive.  No offense to the core VMware reps, but they have been overly focused on ELA’s these last few years more then they have been trying to get customers to adopt some of the new features.  Just look at what’s happened with the EUC BU, they are starting to give companies like Citrix a run for their money in the End User Computing space.  (Then again, I’m biased )

So why the need for a separate storage business unit? My opinion is that Chuck wrote his follow-up blog titled  “Why you should consider VMware as a Serious (future) Storage Vendor” because that part of their business is about to explode.  Think about something as simple as how much direct attached storage still sits in the datacenter.  Consider that with Flash drives and spinning rust  (disk drives for those of you not familiar with that slang) sitting inside VMware Servers it just makes perfect sense to harness that for general purpose storage.

With the introduction of a real focus around storage, VMware now has the opportunity to own all of the storage needed for enterprises who run workloads in a completely virtualized

environment.  This means customers can really get behind consolidation of technology, consolidation of vendors and support, consolidation of costs and decouple all of those things from their choice of commodity hardware that sits underneath.  It makes VMware more relevant and opens up new markets.  Hell, if Nutanix and Simplivity can carve out a nice niche in the SMB space with the same idea, why not VMware as well ?  Except in this case, with VMware you can run it on Cisco, Dell and HP Enterprise class Servers (or dare I say – EMC Controllers ) and not SMB Intel Whiteboxes.  (Boooom

By the way, have I thanked Joe Tucci lately?  $30+Billion dollars over the last 10 years diversifying our Storage only portfolio is now an even more genius idea.

So, with the recent spin up of the storage business unit, it’s a clear sign that they are in this for the long haul.  I also think if you are a 1 trick storage pony type company, or a glorified VSA provider, you might want to diversify a little because VMware is barreling down the path along with Microsoft and other application vendors !